Engaged as the Centre is in performing its multifarious activities on the cultural, Da'wah, research and social welfare fronts in Delhi and outside, it has also positively responded to the need of the hour. As such, with a view to promoting the quality of life and future prospects of learners at the Centre's various educational institutions, it has established a full-fledged computer section. Consequently, not only the students but also the staff members attached to various departments run by the Centre are also benefiting from this important branch of technological knowledge.

The Section has been of great help to the Centre and its allied institutions as well, since several books prepared by the Research and Compilation Section of the Islamic Scientific Research Academy run by the Centre as well as several issues of the annual magazine of the Jamia Islamia Snabils students' club titled Majalla Sanabil have been composed and published by the Section. The Section has played an important role in neat composing and efficient production of the Centre's publications.

Listed below are some of the publications produced by the Section:

The Section has also done a commendable job in the composing of Ramadan Posters, Ramadan Suhur & Iftar Charts, and various handouts, letters and messages sent out by the Centre and the various institutions run by it. 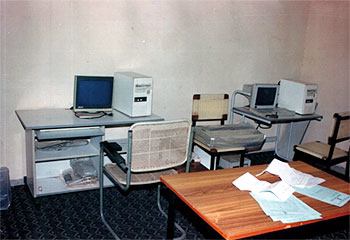 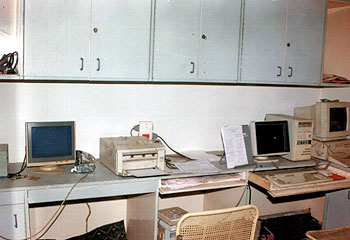